An Encouraging Word from the Northern Illinois Wesleyan Covenant Association

Sir Alec Issigonis, designer of the original Mini in 1959, famously said, “a camel is a horse designed by committee.”

The Mini became one of the most successful cars of all time. Sir Alec was knighted is 1969 because of its success. The car was voted the second most influential car of the 20th century. The Mini became an icon largely because it didn’t fall prey to design by committee.

Alex Issigonis wanted to create a small, simple, and economical car. He set size and fuel efficiency as the unwavering design criteria. The Mini featured a revolutionary front wheel drive that allowed 80% of the floor space to be used for passengers and luggage. The car that rolled off production lines stayed true to that vision.

Contrast the Mini with the Pontiac Aztek, launched by General Motors in 2000, and commonly cited as one of the worst automobiles ever produced.

My apologies to those who are connected in any way to General Motors, but the comparison of the Mini and the Aztek got me to thinking about our current situation in The United Methodist Church. The Mini became an icon largely because it didn’t fall prey to design by committee and get overwhelmed by organizational processes and policies.

The Aztek was loved as a concept car — one of the first crossover SUVs with attributes of a truck and a passenger car. And yet, as one executive said, “by the time it was done, it came out as this horrible, least-common-denominator vehicle where everyone said, ‘How could you put that on the road?’”

A Time article reported in a postmortem, “In later interviews with GM designers, it emerged that the Aztek design had been fiddled with, fussed over, cost-shaved and otherwise compromised until the tough, cool-looking concept had been reduced to a bulky, plastic-clad mess. A classic case of losing the plot.”

Have United Methodists Lost the Plot?

The mission of the UMC is to “make disciples of Jesus Christ for the transformation of the world.” All the statistics indicate that we have pretty much abandoned that plot in the USA.

The plot du jour of United Methodism, however, is how to untangle the organizational mess of our fragmentation, dysfunction, and inability to determine a pathway forward. There are at least two competing sub-plots that keep us from giving our full attention, energy, prayer, and congregational resources to making disciples of Jesus Christ: one is the commitment to make a way for organizational separation due to irreconcilable differences and the other is to remain one “big tent” because, well, after all, our name is the UNITED Methodist Church. We are hung up on organizational design over missional outcomes.

To take the analogy with the Mini compared to the Aztek designs a step further, you might want to peruse the different designs for the future of Methodism in the Book of Discipline of The United Methodist Church (United Methodist Book of Discipline 2016) compared to the proposed Book of Doctrines and Discipline of the Global Methodist Church (draft of The Book of Doctrines and Discipline). You will see that while the designs share a common history, they are quite different when facing the future.

As Rev. Jeff Greenway, founding President of the Board of the Wesleyan Covenant Association has said, “The Global Methodist Church is not going to be United Methodism 2.0. In fact, if you think this is about changing the name on the front of your building and continuing to use your hymnals, do not come with us.” (You can access Rev. Greenway’s brief and engaging video presentation here: Top Ten Reasons to Consider the Global Methodist Church by Rev Jeff Greenway)

What About the Northern Illinois Conference?

It is encouraging to see that there are two affirmations and one proposal encouraging our annual conference leaders to make a pathway for departure that is gracious, fair, and feasible for local congregations and clergy who desire to consider affiliating with another denomination as well as supporting those who choose to remain within the UMC.

Affirming “A Call to Grace” (Document 700.02) includes this language:

We call on bishops and annual conferences to develop resources to assist local churches in discerning their future, including resources on how to have difficult conversations in ways that reduce harm. Honoring the expressed desire of some churches and church leaders to leave The United Methodist Church and participate in other denominations, we call bishops and annual conferences to use existing disciplinary authority to find grace-filled ways for these leaders and churches to follow their call now, allowing them to take their church property with them where appropriate.

We encourage conferences and local churches to strive for reconciliation and understanding. However, some congregations and clergy may feel called to a different future in the faith. We respect our siblings who depart and desire to do no harm as we anticipate cooperative ecumenical efforts in the future. We grieve each separation. NCJ annual conferences should use existing disciplinary and conference provisions to accommodate local congregations and clergy seeking disaffiliation.

Okay, this is my favorite…because I wrote and submitted it. It’s pretty long, but you can read it in its entirety here: Annual Conference Legislation. (You’ll find it on page 40-44 of the pdf legislation materials)

AND RUMOR HAS IT (!) that our conference leadership (apparently District Superintendents, Assistant to the Bishop, and Interim Bishop?) drafted a process for disaffiliation by local congregations. It hasn’t been widely communicated at this point, but from initial reports it is pretty well loaded with “take it or leave it” provisions from the perspective of institutional maintenance (read: “You don’t get to leave unless we decide to let you.”). Let’s give at least one cheer, however, because it signals a recognition by our leaders that perhaps this talk of separation is real and maybe it should be addressed in some way. A stronger option, it seems, would be to aim for an annual conference that is a company of the committed rather than a collection of the coerced. Fair, transparent, collaborative? Well, not so much…but it may be a start.

The Cooper Mini has a storied past, a vibrant present, and a promising future. The Pontiac Aztek is a cautionary tale in “losing the plot.”

When you think of the future for your own faith, your local congregation, and your part in the Jesus Mission, what sort of future are you praying toward? Believe it or not, the organizational design makes a lot of difference. And the decisions of our upcoming Annual Conference session will provide some indication of the kind of futures possible for Methodists in Northern Illinois.

Here’s an opportunity to connect with others
exploring the path toward a NEW DAY in the future:

A regional gathering sponsored by the regional chapters
of the Wesleyan Covenant Association in
Northern Illinois, Illinois Great Rivers, and Iowa. 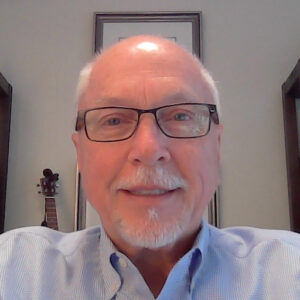 All Posts
PrevPreviousSometimes We Don’t See What We’re Looking At
NextPentecost or When the Folks Got Fired Up!Next